In One Person by John Irving

Add a short slogan to summarise your opinion. 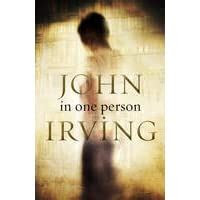 The narrator, Billy, appears to see the world only from the perspective of sex. He himself has what he claims Larry has 'a gender lens'. This makes the book rather repetitive since the storyteller has a tunnel vision of life. It may also bore some readers.

The formal structure of the book lies in two parts: chapters 1-11 describe Billy's growing up in a small town something that most readers can identify with and so helps hold attention; chapters 12-14 form an epilogue of natural deaths and suicides including the returning ghost of Granpa. Most of the deaths are caused by AIDS and are presented as a personal tragedy by the narrator but they may fall into sentimentality for some readers.

The literary structure of the tale is formed by a flashback detailing Billy's memories of people he met usually through sexual encounters. Life as a sex drive is unconvincing, though, as it's too narrow. It smacks of latter-day freudianism. The idea proposed that 'memory has you', not vice-versa, is novel but surely tests the reader's experience since memories are much more encompassing that sexual reminiscences. Memories may create your outlook but they are surely multifaceted, not singular.

The theatrical backdrop to relationships suggests the hidden life of the homosexual who must act out a hetero role, but the connection with high literature such as Shakespeare and Ibsen doesn' quite fit. Are the literary references there to lift the story above smalltown life?

In characterisation there appears to be an attempt to invite the reader to look beyond sexual classifications and Miss Frost is a good example. However it is ironic that she asks not to be 'labelled' when her post as local librarian relies on her being closeted in that role and when she oversteps that persona she is fired.
We discussed Billy's mother as a poorly drawn character. She is presented as negative, the theatre prompter correcting others. As the main heterosexual character we see only her faults and no attempt is made to show a more positive side.
On the last page the narrator, or possibly the author, confesses what his aim is in writing this kind of book. When confronted by Kitteredge's son who criticises his goal in writing as an attempt to make readers sympathise with homosexual behaviour, Billy concedes that that is indeed his aim. Several readers agreed in the bookclub that he had achieved this outcome with them.
Tom