Tender is the Night by Scott Fitzgerald

You can post your own comments, too.
Add a short slogan to summarise your opinion. 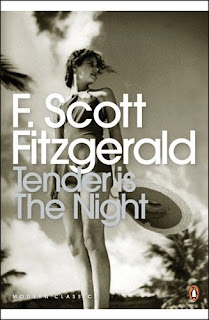 
Excellent read, despite the first part of the book being a tedious though essential stage-setting task for enjoying the following two-thirds.

It is novel of manners of very rich Americans who spend almost all their time and wealth in Europe, particularly France and Paris, in the Roaring 20s and abounds in the criticism of good manners that Dick, the central character, a Southerner and not-practicing psychiatrist, considers a blight: “an admission that everybody is so tender that they have to be handled with gloves. If you spend your life sparing people’s feelings and feeding their vanity, you get so you cannot distinguish what should be respected in them.” He also feels that politeness was a trick of the heart, leading him to often despise conscious good manners because they were a protection against “how unpleasant selfishness looked” not how unpleasant selfishness was!

Among the rich Americans is Nicole, who is a patient, but becomes Dick’s wife. She was totally dependent on him at the outset though the people she liked were mostly rebels in whom she sought the vitality that had made them independent, creative, rugged… However, …”she knows she must walk alone, although through a thicker atmosphere, forcing her way through the shadows of characters… feeling her own reflection sliding along the eyes of those who look at her. No longer insulated. But one must touch life in order to spring from it."

Dick is truly a doctor who cares for his patients: “In the awful majesty of her pain he went out to her unreservedly, almost sexually. He wanted to gather her up in his arms and cherish even her mistakes, so deeply were they a part of her.” He falls in love with Nicole. But realises that he has taken on too much and has to look out for her and their two children, leaving no time for himself. He is often overwhelmed by the life of growing luxury and the need for display that apparently goes along with it. He suffers unprofessional agonies during Nicole's long relapses and perforce must harden himself about her after she almost kills them all. The dualism in his views of her, that of husband and that of psychiatrist, increasingly paralyze his faculties.

He ends up despising the broken rich whom he re-educates as he feels the ethics of his profession dissolving into a lifeless mass.